When the Roman Empire fell at the end of the 5th century, most of the civilized world fell into darkness. Thus the games, which evolved and flourished with society, regressed to degeneration. For over a thousand years, most of the developed world found itself in a stalemate. Only in Asia, more precisely in China, did the games continue to grow and change thanks to the recent invention of the card.

The Middle Ages – also referred to as the Dark Age – was a bleak time for most of Europe that underwent the rule of the poorly civilized peoples who supplanted the Roman Empire. The rich got richer, the poor poorer. The most complex games were reserved for the nobles, the only ones who had time and money to spend. It is said that the destitute of the lower class found solace in the most degraded games. Dice remained one of the most popular activities among the poor because they were cheap, easy to build and convenient to transport; it is in this moment that the Gambit originated. The Olympics were replaced by primitive animal fights such as cockfighting, and the poor wagered their few possessions on how a thrown knife would fall or the result of a roll of the dice.

The first deck of playing cards appeared in China in the 10th century and quickly spread to India and the Middle East. In Europe the games remained centered on dice until the First Crusades in the Holy Land at the beginning of the 11th century. Games and gambling flourished on our continent thanks to the inventions that came from the East and the ideas that the soldiers brought home in the following two centuries. The card game was the main of them.

From the end of the 14th century, handcrafted decks of cards replaced dice. The wider choice of games led to new laws which, across Europe, sought to limit the spread of this new passion. After the invention of the first printing press, in 1440, the cards were mass-produced and the rules also spread and expanded. Of course, the printing press revolutionized games and made it possible to spread books even among the middle and lower classes. The first lotteries that appeared were used by governments to replace taxes. When the feudal system crumbled, most of the aristocracy was more lenient towards the people. This meant higher wages and a better standard of living for all. 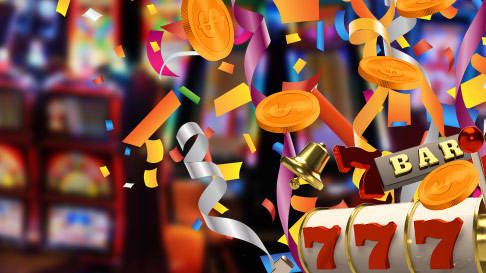 The Renaissance is a historical period that extends for more or less three centuries, from the fourteenth to the seventeenth century. The Renaissance not only marked the rebirth of the arts and science, it is also the period in which most of today’s casino games, like best online casino Malaysia originated. With the Renaissance, the era of simple dice games that had dominated the scene for so long ended. You can try here:https://www.ace996.com/my/en-us/

Poker also has its roots in the Renaissance. One of the games that most influenced poker – the Persian Nas – arrived in Europe at the beginning of the sixteenth century along with other imported goods that invaded Europe in the trade routes opened with the Crusades.

The Venice Casino was built on the lagoon of the same name in 1638. It is considered by many to be one of the first casinos in the world and, as it is still active today, it is certainly the oldest existing casino in the world. His tables initially featured dice, knives, dominoes and card games – a nice mix of European, Asian and Middle Eastern influences.

The famous French mathematician, quintessential of the Renaissance, Blaise Pascal, created the first version of Roulette in the 17th century. Although Pascal’s intent was more scientific than playful (Pascal was trying to build the perpetual motion machine), by now the die was cast and in the following centuries the game was refined and perfected until it became very similar to what we play today.